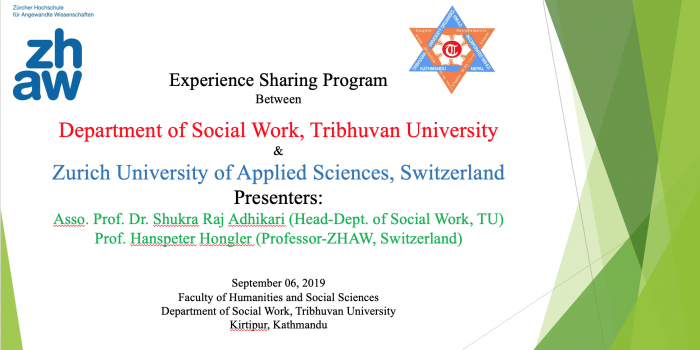 It was an honor for students of Department of social work to be given the opportunity to host Prof. Hanspeter Hongler, a social work lecturer from the Zurich University of applied Sciences, Switzerland to give a talk and conduct a experience sharing session with a group of students who are currently studying at TU. The talk was held in the CNAS Hall at TU University and was attended by over 50 students from different courses which mainly comprised of Tribhuvan University with a handful of students from Sociology and Social work respectively. The bulk of attendees were a class of social work 6th batch that were brought by their lecturer to participate and listen to what a social work researcher from halfway across the world had to share with them. 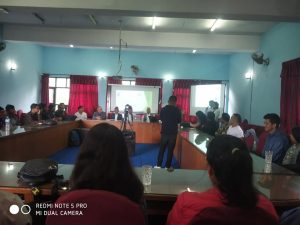 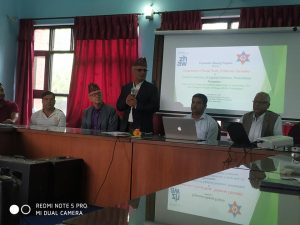 The chief guest to the event, Prof. Hongler introduced the students of TU about the Zurich university of applied sciences as well as the city where the university is situated; followed by an introduction to action research project titled “Participatory community development in an urban district of a medium-sized city of Switzerland.” His shard his research findings as well as the methods used in the research done by an action research team from three universities/faculties.

He explained more on the negative developments that an urban mid-city faced: 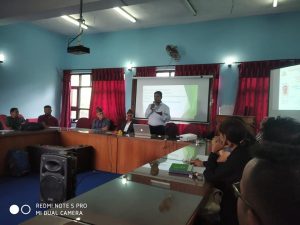 The insightful discussion which took place have not only armed the students with better understanding of the current situation but has also given them a whole new dimension of looking at certain things which is happening in life. Prof. Hongler also took the opportunity to promote the study prospects in the Zurich University of Social Sciences, Switzerland to the students. 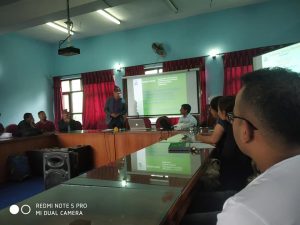 The talk was concluded with a Q&A session which was opened to the floor in which students asked Prof. Hongler various questions from the methods used in action based research, why sample size and so on. All in all, students had an insightful time learning more about the changes in definition of social problems with regards to place and time. It is hoped that sharing sessions such as this would inspire students of TU to widen their horizon and always keep their general knowledge about the world’s issues in check, to ensure that they are always up-to-date with the latest happenings in the world. 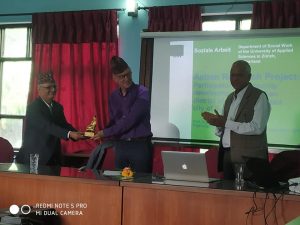 Furthermore, Dr. Shukra Raj Adhikari also handed a thank you letter and a proposal from the Department of Social work, looking forward for further collaborations with the Zurich University of Applied Sciences. Lastly, He encouraged students and said, “I am really looking forward to more events such as this in future, where we are able to meet with successful people and International Professors such as prof. Hongler.” The event may have ended but the impact that it has on Dept. of Social work’s students is hoped to drive them even further to attain success in the near future.